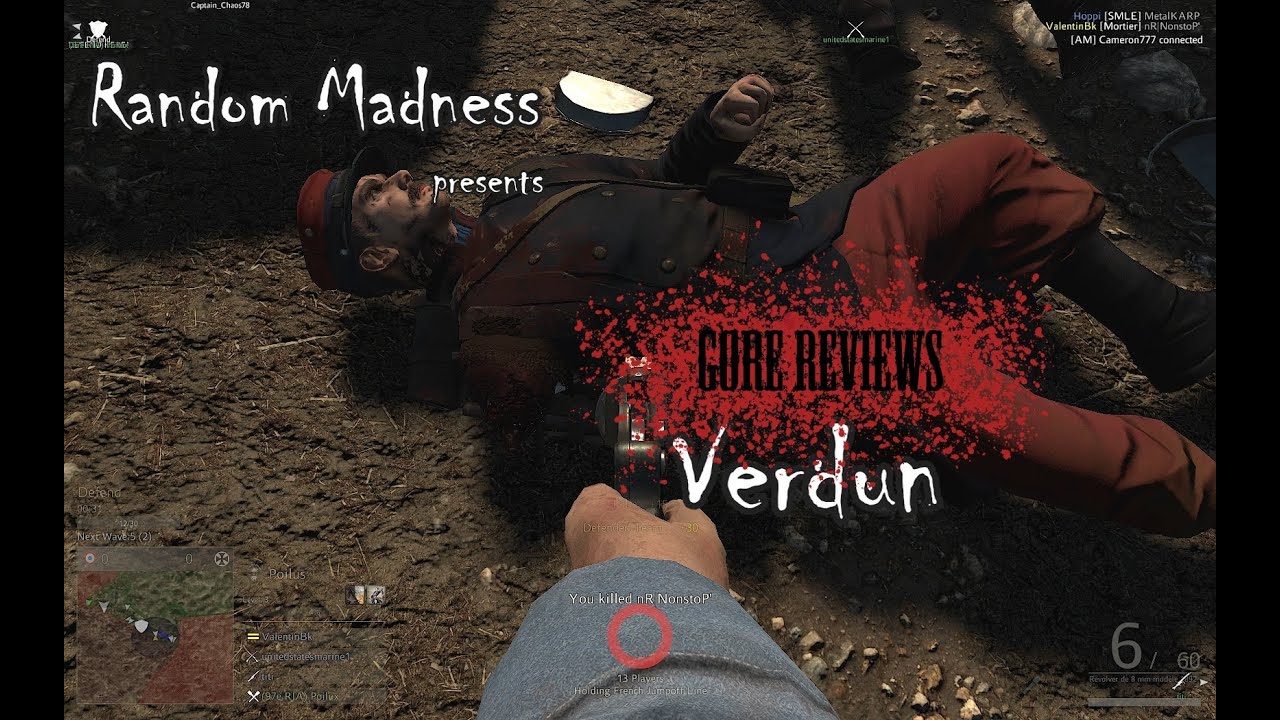 Edit 25th May 2017 – first update video on the gore effects since the review:

A review of the blood and gore effects in Verdun with Horrors of War free expansion (M2H, Blackmill Games)
For proper disclosure: I have received a review copy from the development team free of charge, took part in the closed beta and offered feedback, and am friends with one of the devs.
As you see in the video, none of these effect the content of the review itself and the criticism. If I would feel that it did, I’d make the video in a different format.

Special thanks to ArmorDonio and TheEngineerFromTCR for helping me test stuff for this review and film some footage.

All of my gore reviews can be found here:

***
We must go deeper! Further discussion on several aspects mentioned in this gore review

A discussion on damage models in gaming and response animations

About Gore Reviews:
Gore Reviews is a review series reviewing blood and gore effects in games that are considered gory.

Attention to detail will be rewarded with high scores, while flashy, but superficial effects (such as blood puffs) will not impact the score much.
The final score is calculated by the following categories:
Body damage – 30%
Environment – 30%
Animations and sounds – 30%
The feel – 10%

Why is gore important? It’s simply feedback for the action on the screen. What’s more fun, seeing detailed response for every hit you make on an enemy or seeing the enemy sleeping peacefully after a mortar exploded by their feet? Compare 1987`s Robocop movie to 2014`s Robocop movie. Also “Saving Private Ryan” wouldn’t have nearly the same effect without the gore too.