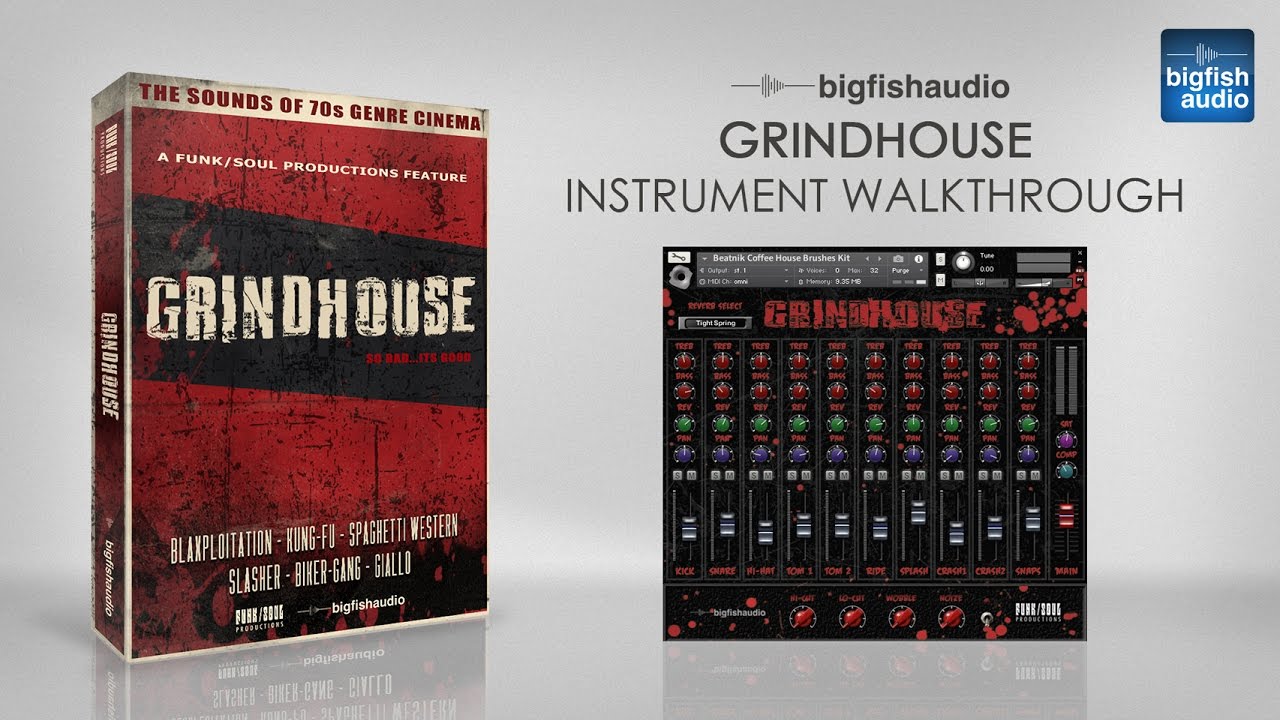 Big Fish Audio and Funk/Soul Productions are proud to present Grindhouse, a cinematic VI For Kontakt 5.6 and above.

We watched a lot of old exploitation films from the 1970s, and set out to replicate some of the vocal and instrument sounds that were used in those films. Take a look at the patch list below and you’ll find such B-Movie soundtrack classics as Spaghetti Western Electric Guitar, Melodramatic String Section, 1960s Cliche Jungle Movie Drums, several patches of audio clips taken from actual (public domain) Grindhouse flicks, and lots more.

Grindhouse is designed for use in all sorts of Indie-style productions, or any project that calls for a lo-fi or “home-made” vibe. Whether you’re a songwriter, a producer, or a composer working on TV, film, or video games, Grindhouse can be used to add grit and character to your music. You can use it to create loops, tracks, or entire songs that have a funky, crate-digger type of vibe. And of course, Grindhouse is ideal for scoring your very own retro-style Kung Fu, Spaghetti Western, Biker Gang, Girl Gang, Women in Prison, Pinky Violence, Low-Budget Horror, Italian Crime, Japanese Yakuza, or Blaxploitation B-movie soundtrack.