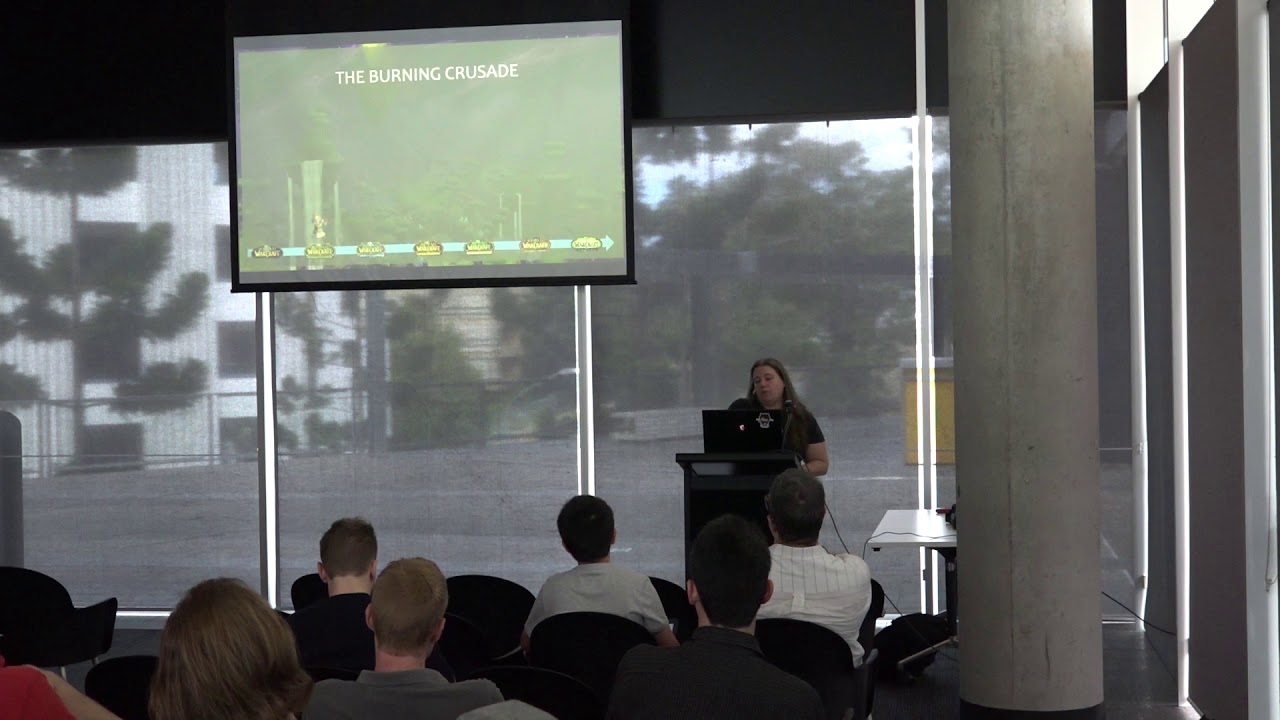 World of Warcraft is a game that Vanessa Love has been playing for over 10 years. She played it through all but one expansion launch, and until Legion was extremely disappointed. In this session Vanessa covers the history of the WOW launches and discusses why Legion had the best launch. This is about user experience and user perception. Only one of which you can control. The launch itself and the days surrounding it were the best 3 days gaming Vanessa has have ever had (and she completed Portal 2 in a day).

When you are talking about a game like World of Warcraft the time spent playing during a launch is just a fraction of the overall time you play the game. Vanessa has spent over 10,000 hours (not a typo!) playing WOW. Each launch really only lasts about a week of over hyped long days of excessive play. Vanessa takes time off work, preps a few days worth of food, kisses her husband good bye and logs in. So when it’s bad, it’s not only frustrating, but Vanessa has spent vacation days stuck in a queue or hoping to be the one in one hundred clicking on an item and praying to the connection gods that her response gets through.

For what is considered a very successful game, where millions of people have spent tens of thousands of hours playing, Blizzard have not met gamer’s expectations when timing has mattered. The assumptions and predictions they made did not match the assumptions and expectations of the players. Design decisions for quests and play are completely sound, until they come under load. Vanessa will argue why those few hours matter even if they are not usual or the average. She discusses how, finally, for Legion Blizzard raised the bar and finally gave gamer’s the experience they have wanted for 10 years.

Vanessa Love – @fly401 – Support Engineer at Octopus Deploy by day, Gamer by night, Gamer by hobby based on time and money spent. Majority PC gaming but some fun on consoles and mobile games for on the go. Gradually realizing probably too old to stay up reaching max level cap in a single sitting.