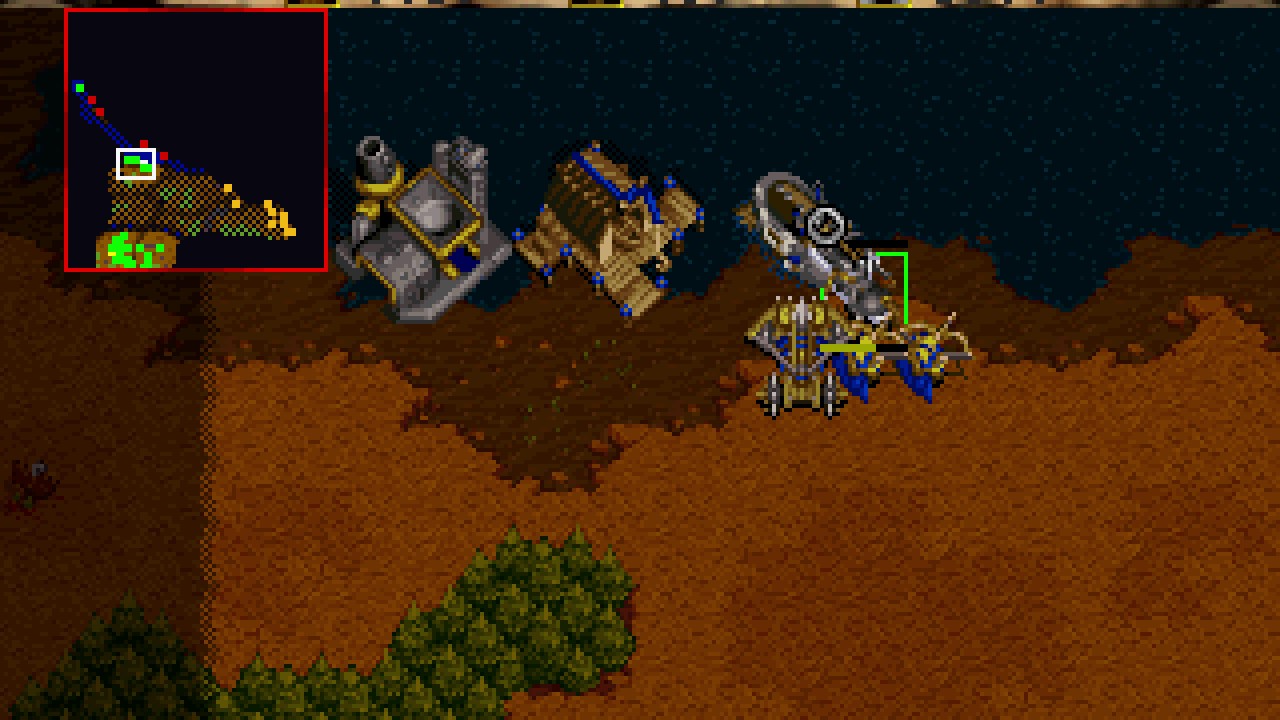 This is a tool-assisted speedrun. For more information, see TAS originally published on 2017-01-24.

Electronic Arts brings Blizzard’s best-selling strategy game to the PlayStation and Saturn in this release. They’ve combined all the missions from Warcraft II: Tides of Darkness and its expansion pack, Beyond the Dark Portal, into one package.

New features for the console release include an auto-build option, where you can set a queue of units to be produced and the ability to select sixteen units at a time instead of the PC’s nine.

This run by Flip plays through the Humans’ Beyond the Dark Portal campaign.

For a run of the Orc Expansion by the same author, see this run (