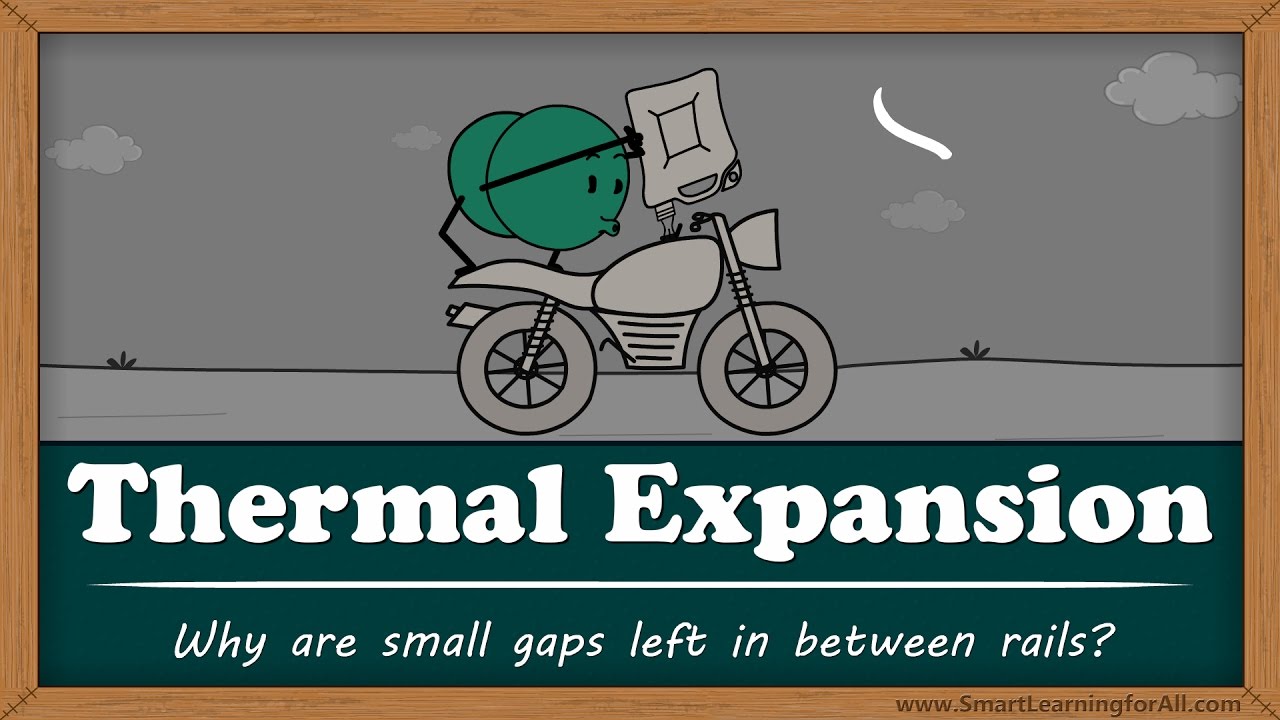 Topic: Thermal Expansion
Why are small gaps left in between rails?
Hey.
Did you notice that the level of mercury in the thermometer rose when it was placed in hot water?
You must be wondering why this happened, right?
It happened because of thermal expansion.
Thermal expansion is the tendency of matter to expand on heating.
This tendency of expansion can be observed in solids, liquids as well as gases.
Now let us see how this concept of thermal expansion applies to a thermometer.
A thermometer usually consists of a narrow tube with a small bulb at its one end.
The bulb and a part of the narrow tube is filled with mercury which is liquid at room temperature.
Now, when a thermometer is placed in hot water, mercury inside it expands due to thermal expansion and as a result its level rises.
You must be thinking how the gasoline came out of the tank even though it was exactly filled till the brim.
Am I right?
Gasoline also expands on heating.
So, what happened is that when the tank was filled till the brim, there was no space left in it.
Now, when the bike was kept in the sun, the tank became hot which eventually heated the gasoline filled in it.
As a result, the gasoline expanded.
But since there was no space left in the tank, expansion forced gasoline to come out of the tank.
Do you think that the rails bent because of thermal expansion?
If yes, then you are absolutely correct.
A railway track is made up of a number of rails joined to each other.
These rails are usually made up of steel.
Steel expands on heating and contracts on cooling.
When the rails are joined to one another without leaving any space for expansion, the rails bend due to thermal expansion and the train goes off the railway track.
To avoid this, the rails are not joined together firmly.
Instead, each rail is connected to the other in such a way that a small gap is left in between them.
These small gaps provide space for easy expansion of the rails which happens during summer as well as due to continuous friction between the train wheels and the rails.
Hence, these small gaps prevent the rails from bending, preventing any kind of accidents.